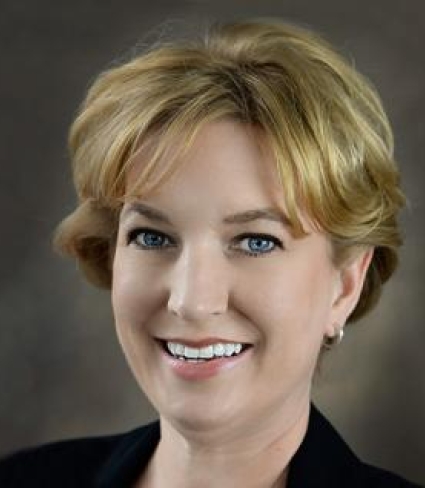 Dr. Kimberly Blessing joined the faculty at Buffalo State College in fall 2004 after teaching at Kings College in Wilkes-Barre, PA from 2003 to 2004, Siena Heights University in Adrian, MI from 1997 to 2003, and Canisius College in Buffalo, NY, from 1996 to 1997. Her part-time teaching includes positions at Attica and Wyoming Correctional Facilities, SUNY Buffalo, SUNY Fredonia, and Niagara County Community College. Her research interests focus attention on questions and issues related to the meaning of life.  She also enjoys writing articles on topics in philosophy and popular culture.

Dr. Blessing has been teaching philosophy for over 20 years.  She has taught over 140 philosophy courses covering many different subject areas in philosophy. Her primary teaching interests include early modern philosophy, philosophy of religion, the meaning of life, and existentialism.  She continues to enjoy teaching introductory courses in philosophy, including her favorite freshman-only introduction to philosophy, which makes use of popular culture to help students to read and understand primary philosophical texts.

She served as Department chair for two terms, 2008-2014. For the past eight years, Dr. Blessing has coordinated the Faculty and Student Philosophy Colloquia. Since spring 2006, the department has hosted over 80 presentations primarily in philosophy, but also including Religious Studies. This number includes six public lectures presented by national and international guest speakers—these lectures alone have a combined attendance of over 550 guests.

In 2014 Dr. Blessing co-founded BLIP or Buffalo Ladies in Philosophy with Dr. Julie Kirsch (D’Youville College) which is a consortium of women professors of philosophy, representing seven colleges and universities in Western New York.  In 2013, she founded WIP or Women in Philosophy, which is a faculty-run support group for female students studying philosophy at Buffalo State.  WIP functions as an academic group and social club that provides various avenues for women to study and discuss philosophy, but also to share concerns about the challenges related to being a women studying philosophy in particular, and being a women intellectual in general.

Dr. Blessing, who double-majored in French and philosophy as an undergraduate (spending her junior undergraduate year studying in Nancy, France), is an Honorary Member of the French National Honor’s Society. She also a member, and former board member, of the Alliance Française de Buffalo.

Dr. Blessing is married to Tim Bohen, author of Against the Grain: A History of Buffalo’s First Ward (2012), which she shamelessly promotes www.oldfirstward.com. She and her husband enjoy living in the Elmwood Village, a short walk from campus. They enjoy Buffalo’s vibrant arts and culture including Buffalo’s Irish Classical Theater, The Buffalo Philharmonic, as well as making several annual trips to enjoy theater at Shaw and Stratford Festivals in Canada.

Articles and Chapters in Books

“What HBO’s Girls Has to Say About Meaning in Life for Millennials,” principal author with Samantha Wezowicz in Girls and Philosophy, edited by Richard Greene (Open Court, forthcoming).

''More Bullshit: Political Spin and the PR-ization of Media,'' with Joseph Marren, in The Ultimate Daily Show and Philosophy edited by Jason Holt (Wiley-Blackwell: 2013).

"One Monk’s Message: Establishing An Enlightened Ethic for the Media," co-authored with Joe Marren, Media Ethics, Vol. 21, No. 9, Spring 2010.

"Bullshit and Political Spin: Is The Medium The Massage?," with Joseph Marren, in The Daily Show and Philosophy, edited by Jason Holt (Blackwell Philosophy and Popular Culture Series, 2007).

"The Beer-Truck Hypothesis and Groundhog Day: What Time Can Tell Us about The Meaning of Life." Dialogue: A Journal of Religion and Philosophy, November 2007.

"The Cartesian Meditator and his Moral Muse: Ethics of the Discourse on Method and Correspondence with Elizabeth," The Modern Schoolman, November 2005.

"Deceit and Doubt: The Search For Truth in The Truman Show and Descartes’ Meditations," in Movies And The Meaning of Life: Philosophers Take on Hollywood (Open Court, 2005).